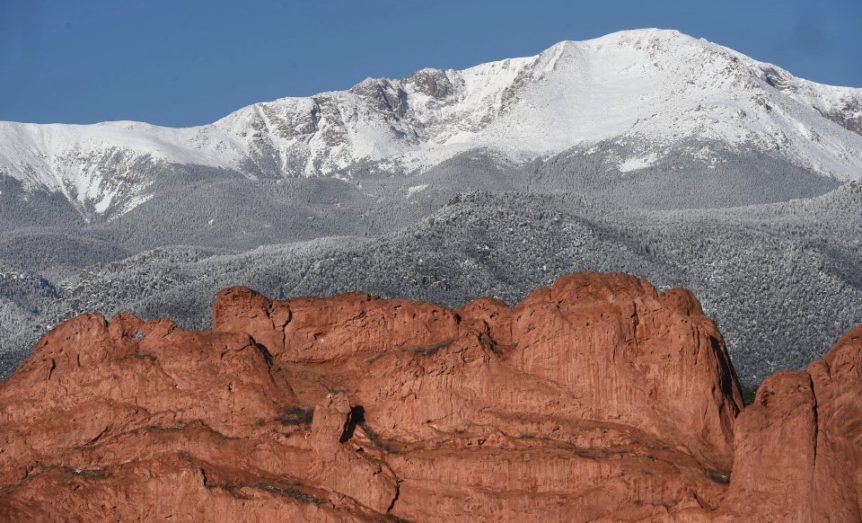 As he was being sworn in as an El Paso County commissioner in January, Stan VanderWerf had mountains on his mind.

He was reflecting on some of the 150 summits of his mountaineering past: all of Colorado’s 14,000-foot peaks and 80 of the state’s “13ers,” along with the more legendary Denali and Aconcagua.

But he was mostly thinking about the one in his backyard.

“Arguably, we have the most iconic mountain in the Lower 48 states,” VanderWerf said of Pikes Peak in a recent interview. “Yet it’s insufficiently developed, and it’s easy to see that compared to what other mountains have. My interest is in fixing that.”

His interest is in seeing America’s Mountain equipped with four more trails, adding alternatives to Barr Trail and the route up the west face through Devil’s Playground. The idea is only that; VanderWerf’s conversations have been brief with stakeholders, and he has no proposed funding mechanism.

But the retired Air Force man and business owner counts it among his high priorities to get the idea closer to realization. VanderWerf thinks more trails would enhance the peak’s profile, luring serious climbers from around the world and boosting the local mountaineering industry.

His interest doesn’t seem to be shared by the U.S. Forest Service, perhaps the most key stakeholder within the vision. In an email, Pikes Peak District Ranger Oscar Martinez said his office’s focus is on maintaining trails and abiding by the mandate to protect wildlife and natural resources. “It can be difficult to find a route that balances resources with recreation,” he wrote.

Martinez mentioned one priority: realigning the Devil’s Playground trail. The project began years ago out of concern for the current route’s sustainability, and Martinez said construction could start as soon as 2018 pending an environmental analysis.

Paul Mead with Friends of the Peak has helped with the design. As someone also involved in the complicated attempt to “ring the peak” – the long-stalled vision to complete a trail looping the mountain – Mead doesn’t see VanderWerf’s dream as anything more. Nor does Mead see the need for more trails.

“My initial thought would be, ‘Why?'” he said. “We’ve got two very good trails right now that I wouldn’t say are overused.”

VanderWerf believes otherwise, as do municipal planners who want to build a trail to the north side of Mount Manitou – providing users of the mile-long Incline a return option other than Barr Trail.

“It’s always a challenge between trails and stewardship of natural resources, so certainly this would be a significant challenge,” Tim Wolken, El Paso County’s director of community services, said. “But on the flip side, there are so few options at this point that the trails we do have are showing a lot of wear and tear. ”

VanderWerf wonders: How can Pikes Peak sit beside a major population hub yet have fewer summit trails than some remote 14ers? The answer might be the long history of land management along the mountain. Legislation dates to the 1920s requiring watershed protection in areas that might otherwise be public.

Pikes Peak also is unique in that two nontrail routes – a cog railway and a toll road – lead visitors to the summit.

VanderWerf says he understands the “challenges” to his idea. “But I believe we can work through it,” he said. “I firmly believe that.”